University College, Thiruvananthapuram is one of the oldest and most prestigious institutions of higher education in India.  It was established in 1866 to impart English education to the common folk of erstwhile Travancore by H.H. Sri Ayilyam Thirunal Rama Varma Maharaja. The then Principal of the College was John Ross, a scholar of great repute. Having reached Sesquicentennial status, the college stands tall bringing forth thousands of luminaries such as the former President of India Sri. K.R Narayanan, numerous Cabinet Secretaries, Ambassadors, Civil Servants, IT doyens, Teachers, Poets, Writers, Artists, Politicians and the like. Offering 18 UG, 21 PG, 13 M.Phil and 17 Ph.D programmes, the college is undoubtedly vibrant academically. Its architecture, location, history and resourcefulness have made University College a spot not to be missed in the city, if not in the State. With a teaching staff strength of 218, of which more than sixty per cent are research degree holders, the college has sixteen research departments, 66 research guides and 299 research scholars. Its student-strength of 3294 comprises pupils from all social classes. Since the selection procedure to all the courses is based on merit alone, the percentage of financially challenged but meritorious students is the highest in this college. The college has also been accorded “College with Potential for Excellence” (CPE) status by the University Grants Commission. University College is also identified as a heritage institution by the Government of Kerala. The college got 23rd rank in the NIRF India Ranking 2020 (Colleges) with a score of 61.08. The College has been re-accredited with grade ‘A’ with a CGPA of 3.02 (III Cycle) by the National Assessment and Accreditation Council of UGC. 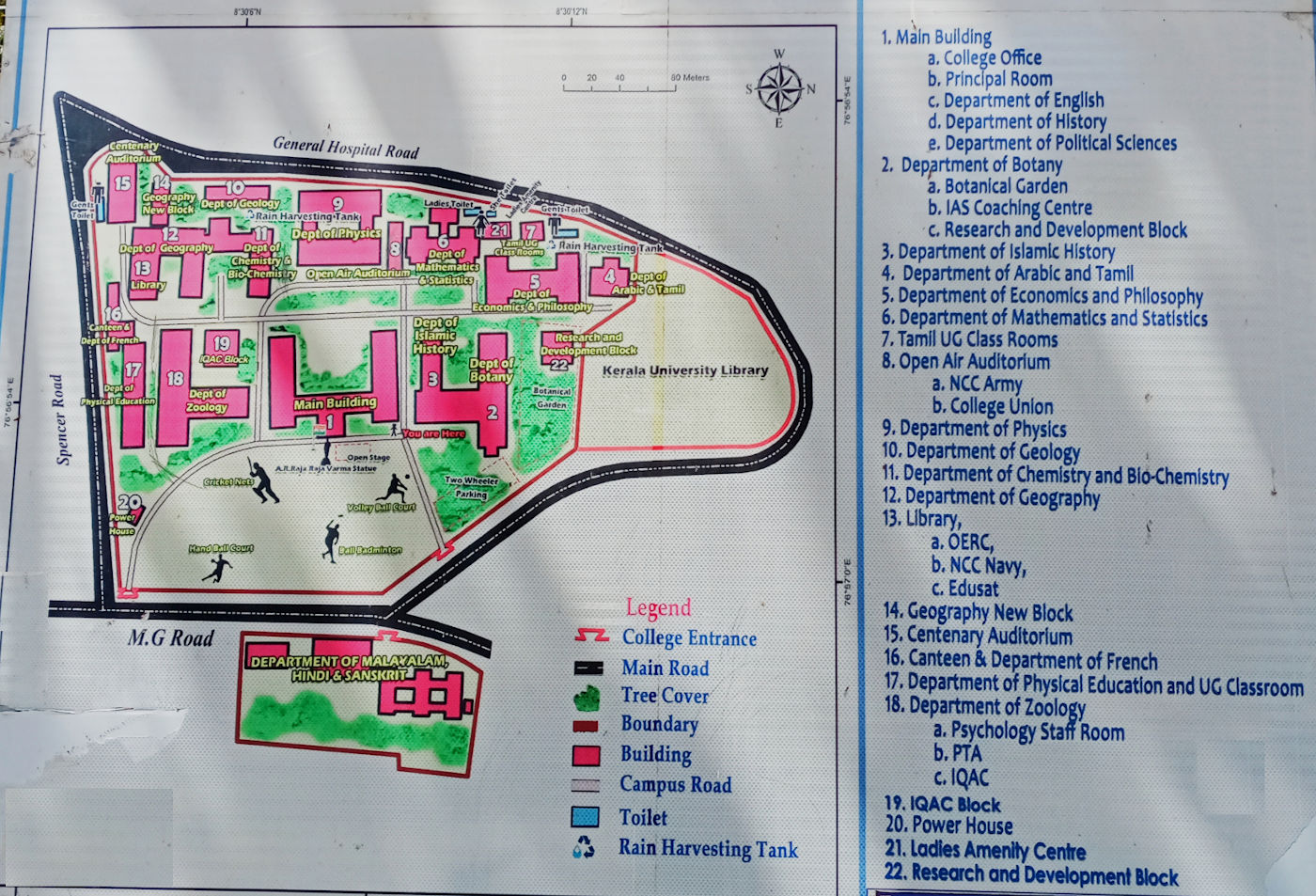